We have been to working with together for 5 years, they are good supplier and good freinds, our honor to work with them.

I'm very pleased with the service of this company,I believe that their business will be better and better.

Your professional presentation and service that you gave us merited a standing ovation. Shenghua should have more bright future.

Product Category
1. Ordinary flame retardant cable: In the event of fire, the cable may produce a large amount of corrosive gases and smoke after combustion, and can be used in general occasions with low flame retardant requirement. Its flammability has A, B,C, D four categories, and its cable models are added with ZRA- (or ZA-), ZRB- (or ZB-), ZRC- (or ZC-), and ZRD- (or ZD-)
before ordinary cable models, respectively.
2. Low-halogen flame-retardant cable: in addition to maintaining the general characteristics and electrical properties of the
flame-retardant cable, it also has the following characteristics:
a. low halogen acid gas emissions;
b. low corrosivity;
c. less smoke generated.
Its cable model is added with DDZ- (or DL-) before ordinary XLPE insulated cables model.
3. Low smoke zero halogen (LSZH) flame retardant cable: featured in:
a. no halogen acid gas release;
b. small fuming amount;
c. less corrosive gas generated;
d. good flame retardant property.
and has certain mechanical and physical and electrical properties to meet the operating requirements for the cable. It is widely used in nuclear power plants, subway stations, telephone switching and computer control centers, high-rise
buildings, hotels, radio and television stations, important military facilities, oil platforms, etc. Its cable models include WDZYJY,WDZ-YJY23, WDZ-YJY33, WDZ-YJY43, WDZ-YJE, WDZ-YJE23, WDZ-YJE33, WDZ-YJE43 or WL-YJE, WL-YJL23,WL-YJL33, and WL- YJL43, and can be matched with the flame retardant levels A, B, C, D, such as WDZA-.
4. Oxygen-barrier cable (also known as highly-flame retardant cable): a layer of non-melting, non-flammable, halogen-free,smoke-free fire-resistant plastic material is filled or wrapped between the cable insulated core and the cable sheath, i.e.insulating organic is used to isolate the cable from the outside oxygen gas, so that the cable is non-combustible or flameretardent.
Its cable model is added with GZR- before the ordinary cable model. 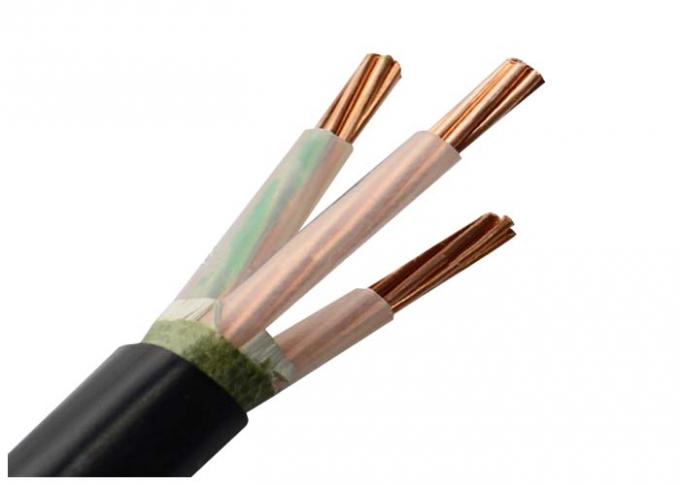 Application: Indoor installation, in tunnels and in ducts used for electric transmission and distribution control systems